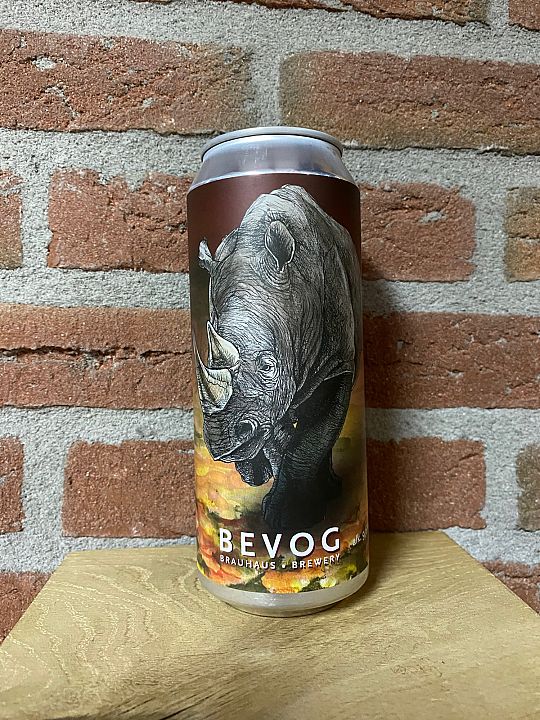 This is one super rich, deep, creamy and smooth imperial stout with extremely complex and intense chocolate character. To achieve this perfect bittersweet chocolate smooth finish, we used huge amounts of freshly roasted fair trade cocoa nibs from many times awarded ZOTTER chocolate factory.. Take a big sip, warm it in the mouth and enjoy the creamy explosion.

And it comes in Bevog special editions series, called "Extinction is forever".
The extinction of any species is an irreversible loss. With every extincted animal we lose the biological richness and the balance of the ecosystem on the planet Earth. Humans could be next. We need to act now!

BLACK RHINO
Populations of black rhino declined dramatically in the 20th century at the hands of European hunters and settlers. Between 1960 and 1995, black rhino numbers dropped by a sobering 98%, to less than 2,500. Since then, the species has made a comeback from the brink of extinction. Thanks to persistent conservation efforts across Africa, black rhino numbers have doubled from their historic low 20 years ago. However, the black rhino is still considered critically endangered, and a lot of work remains to bring the numbers up to even a fraction of what it once was. Wildlife crime - in this case, poaching and black market trafficking of rhino horn continues to threaten its recovery.